Most English words don’t change their form to distinguish between male and female. A ‘teacher’ can be a man or a woman. This is not the case in most languages related to English. Portuguese, for example, has ‘professor’ for a man and ‘professora’ for a woman. German has ‘Lehrer’ and ‘Lehrerin’. It would be very difficult to make our sister languages gender-neutral since gender is built into the form of essentially every noun, but this is the trend in English. It has become politically correct to minimize the inherent information in words about the biological sex of the person referred to – especially in professions.  Long ago we used to say ‘barman’ or ‘barmaid’, but we have long since gone to ‘bartender’ or even ‘barista’ (for a coffeehouse bartender). We now see ‘firefighter’ instead of ‘fireman’ and ‘mail carrier’ instead of ‘mailman’. Almost universal is ‘flight attendant’ instead of ‘steward’ or ‘stewardess’. ‘Server’ is slowly replacing ‘waiter’ and ‘waitress’. Sometimes the old form is kept, losing its gender implication, such as ‘actor’ or ‘midwife’ or ‘nurse’, all of which can refer to either a man or a woman. While the old male/female dichotomy was usually obvious, such as ‘executor’ and ‘executrix’, some of my favorite gender pairs are completely unobvious. For example ‘distaff side’ means the female line or maternal branch of a family, while ‘spear side’ means the paternal branch.

But my favorite example is ‘Telamon’ and ‘Caryatid’. These are those supporting columns in Greek architecture sculpted into the form of men or women. Telamon is a Roman term; it is also known, for obvious reasons, as an atlas or atlant (so called after the titan, Atlas, who held the world on his shoulders in Greek myth). On the left is a beautiful photo from St. Petersburg, Russia, taken by Oleg Danilevski, showing two telamones, sharing the burden of upholding a building.

Caryatid from the Erechtheion

Among the most famous Caryatids are the six from the South Porch of the Erechtheion.

On the right is a nice example of one of the line of six caryatids, supporting the heavy architrave on their heads, the entire weight borne through their necks, which manage to remain slim and feminine, despite their weary task.
In his book Stranger in a Strange Land, the science fiction writer Robert Heinlein made Rodin’s sculpture ‘The Fallen Caryatid’ a household word to a whole generation.
“Fallen Caryatid Carrying Her Stone”
– from Robert A. Heinlein’s  Stranger In A Strange Land: 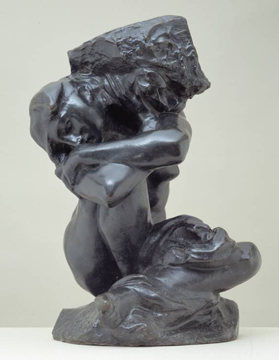 “This poor little caryatid has fallen under the load. She’s a good girl – look at her face. Serious, unhappy at her failure, not blaming anyone, not even the gods… and still trying to shoulder her load, after she’s crumpled under it.

But she’s more than just good art denouncing bad art; she’s a symbol for every woman who ever shouldered a load too heavy. But not alone women – this symbol means every man and woman who ever sweated out life in uncomplaining fortitude until they crumpled under their loads. It’s courage… and victory.
Victory in defeat, there is none higher. She didn’t give up… she’s still trying to lift that stone after it has crushed her… she’s all the unsung heroes who couldn’t make it but never quit.”
2 Comments/
Array Likes
/1 Tweets/posted in A Word To The WIse 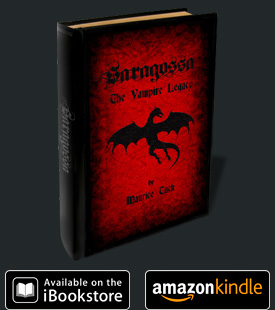